If ever there were a singer songwriter who captured the romantic angst of the 1980’s it was Phil Collins. He recorded a string of hits which listeners purchased in numbers that sent seven of his songs to the top of the Billboard Charts.

Against All Odds was the first number one hit during his solo career. On May 5, 1984 it was in  the top spot for the third week in a row.

Originally, I was going to feature just the song but the more I researched, the more interested I became in learning about Collins and his impact during the 1970’s, 80’s and 90’s. The Infallible Wikipedia states that Collins is:

“an English drummer, singer, songwriter, multi-instrumentalist, record producer, and actor, best known as the drummer/singer of the rock band Genesis and for his solo career. Between 1982 and 1989, Collins scored three UK and seven US number-one singles in his solo career. When his work with Genesis, his work with other artists, as well as his solo career is totalled, he had more US Top 40 singles than any other artist during the 1980s. His most successful singles from the period include ‘In The Air Tonight’, ‘Against All Odds (Take a Look at Me Now)’, ‘One More Night’, ‘Sussidio’, ‘Two Hearts’ and ‘Another Day in Paradise.’

Born and raised in west London, Collins played drums from the age of five… (snip) He then pursued a music career, joining Genesis in 1970 as their drummer and becoming lead singer in 1975 following the departure of Peter Gabriel. Collins began a solo career in the 1980s, initially inspired by his marital breakdown and love of soul music, releasing a series of successful albums, including Face Value (1981), No Jacket Required (1985), and …But Seriously (1989). Collins became ‘one of the most successful pop and adult contemporary singers of the ’80s and beyond’. (snip)

Collins’s discography includes eight studio albums that have sold 33.5 million certified units in the US and an estimated 150 million worldwide, making him one of the world’s best-selling artists. He is one of only three recording artists, along with Paul McCartney and Michael Jackson, who have sold over 100 million records worldwide both as solo artists and separately as principal members of a band. He has received eight Grammy Awards, six Brit Awards (winning Best British Male Artist three times), two Golden Globe Awards, one Academy Award, and a Disney Legend Award. He was awarded six Ivor Novello Awards from the British Academy of Songwriters, Composers and Authors, including the International Achievement Award. He received a star on the Hollywood Walk of Fame in 1999, and was inducted into the Songwriters Hall of Fame and the Rock and Roll Hall of Fame as a member of Genesis in 2010. He has also been recognised by music publications with induction into the Modern Drummer Hall of Fame in 2012, and the Classic Drummer Hall of Fame in 2013.”

In reading the rather exhaustive Wikipedia article, one is left with the impression that Collins wanted to be everywhere and involved in every creative endeavor during the height of his popularity. In addition to Genesis and his solo work, he managed to play drums and provide vocal backups for many of the other popular groups of the day; he was involved with TV and movies. Did voice work for Disney and wrote songs for the movies. And he paid for his workaholic behavior with the demise of three marriages. 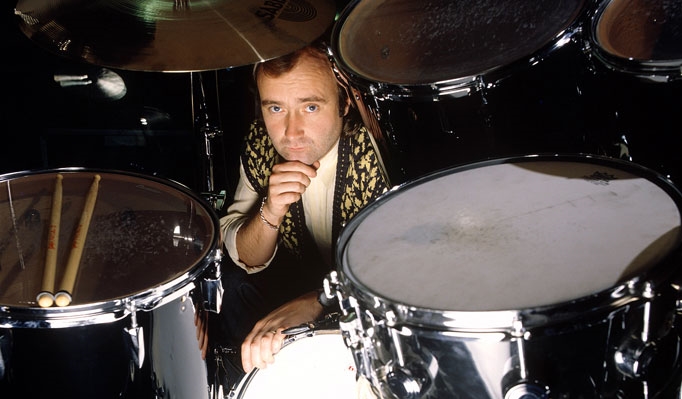 His strong personality and singular career focus has made him the target of much criticism over the years. While his undeniable talent has been lauded by many, there are those in the rock and roll world who derided Collins as a sell out to his acoustic rock roots by taking a more commercial approach to his career in the 1980’s.

When I think about music from the 1980’s it does seem to fall into two camps: the more cutting edge sound of a Michael Jackson or Prince, or the soft ‘pop’ of the era as exemplified by artists such as Collins, John Waite, and Wham!

The music of the cutting edge artists required one to stop and listen, while those in the latter group provided the backdrops for our lives.

I have often said, when the topic of the 80’s and music comes up, that it produced some of the best songs ever. Don’t get me wrong. I love the music of the 1970’s and a lot of the 1960’s. It was in the 1980’s, however, when there was a diversity of sound which appealed to pretty much anyone’s taste.

And, love him or hate him, Phil Collins was a big part of the decade.

Congratulations to this week’s winner of the FB quiz: Linda Barkley!