… a box of chocolates. You never know what you’re gonna get. – Forrest Gump 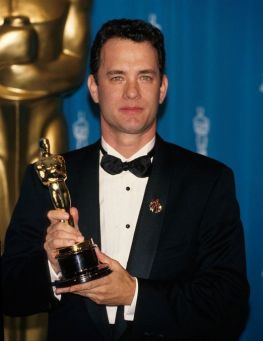 With two academy awards and five total Best Actor nominations to his name, this performer is considered one of – if not the – best of his generation. Yet, while in school, he was a self identified geek, extremely shy, unpopular, and average looking. He, however, has more than made up for his rocky start. Happy 63rd birthday to Tom Hanks.

Hanks career began like many other actors: performing parts in plays in high school and in college. As connections were in the theater world, those led to television auditions. He landed a role alongside Peter Scolari in the 1981 sitcom Bosom Buddies, a show about two men who disguise themselves as women to secure inexpensive housing. Hanks TV career did not last long. According to the Infallible Wikipedia:

“After landing the role, Hanks moved to Los Angeles. Bosom Buddies ran for two seasons, and, although the ratings were never strong, television critics gave the program high marks. ‘The first day I saw him on the set,’ co-producer Ian Praiser told Rolling Stone, ‘I thought -Too bad he won’t be in television for long- I knew he’d be a movie star in two years.’ However, although Praiser knew it, he was not able to convince Hanks. ‘The television show had come out of nowhere,’ Hanks’ best friend Tom Lizzio told Rolling Stone.”

Hanks role on Bosom Buddies earned him a guest role on the immensely popular TV show Happy Days and drew the attention of up and coming director, Ron Howard. Howard encouraged Hank to audition for the role of the wisecracking brother in the 1984 film Splash. Instead, Hanks won the romantic lead role of Allen Bauer, a young man who falls in love with the mermaid (Daryl Hannah). 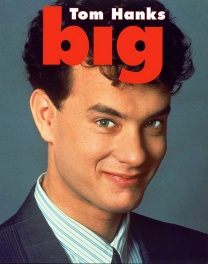 More leading roles followed. He was nominated for his first Academy Award for his portrayal of a 12 year old boy who is transformed into an adult in the comedy Big.  The true date of his stardom can be set as 1993 with the blockbuster film Sleepless in Seattle, followed immediately by his performance as a man dying of AIDS in the dramatic movie Philadelphia.

His performance in Philadelphia garnered a second Academy Award nomination and his first win. In 1995, Hanks became only the second actor in history to be awarded the Best Performance by an Actor in a lead role in consecutive years. Forrest Gump also earned the Academy Award for Best Picture, was the highest grossing US film of 1994, and second behind Disney’s The Lion King in the entire world. 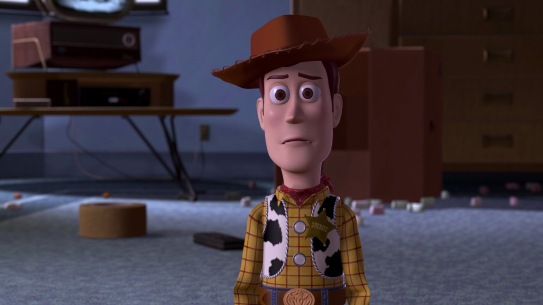 In the subsequent years Hanks has been involved with innumerable projects both in front of and behind the camera as director and as a voice actor. One of his more memorable and enduring roles is that of Sheriff Woody in Toy Story and its sequels.

His work and legacy continue to the present. According to the Infallible Wikipedia:

“Hanks is ranked as the fourth highest all-time box office star in North America, with a total gross of over $4.5 billion at the North American box office, an average of $100.8 million per film. Worldwide, his films have grossed over $9.0 billion. (snip) As of January 2019, Hanks is currently voted #1 on Ranker’s ‘The Best Actors in Film History.’”

I think I first became aware of Tom Hanks in his role as Josh Baskin in Big. Although I had seen the movie Splash I would not have been able to identify Hanks as the lead! But in Big, his every-man persona really shone through. By the time Sleepless in Seattle hit the big screen I, like so many others, was a fan.

I find it difficult to identify just one of his performances as my favorite. But I do have a list and it mostly involves the romantic comedy’s (is anyone surprised?).

You can read all about Hanks long and continuing career here:

I leave you with this quote from Hanks and his philosophy on movies: “A story has the opportunity to enlighten us, because as we connect the extraordinary moments on film with the ordinary moments of our lives, we ask ourselves, ‘What am I going to do the next time I’m scared? What would it be like to say goodbye to my family for the last time?’”