If you are planning to write a novel set in 2018 then you might consider Michael and Jessica as the names of your main characters. That is if your characters are in their 20’s or 30’s and you want to have their names sound authentic for someone born in the 1980’s or 1990’s.

Last week we discovered that Barbie and Ken were both introduced in the month of March. Barbie in 1959 and Ken in 1961. 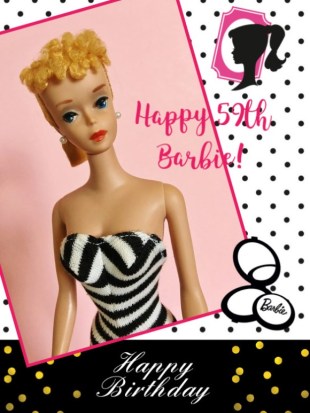 The name Barbara was, at the time, a very popular name. It first hit the top ten names list in 1927 and remained there until 1958, a whopping 31 years. If you expand a bit, the name was a top 20 name for a total of 38 years. Whether one can blame Barbara’s free fall from popularity on the Barbie Doll is debatable. Having the most famous fashion doll in the world bear that name no doubt made more than a few parents reconsider it as a good choice for their daughter. After all, who would want to name their child after a doll? Another factor is that names, particularly girl’s names, tend to be popular for a period of time then are not used for decades.

Ken – or Kenneth – was a solid boy’s name from 1924 until 1964 ranking in the top 20 every year. Because both names are ranked individually, the popularity of the name is artificially reduced. But again, names which are strongly associated with certain people or characters tend to lose popularity. It is possible Ken and Kenneth were the victims of this. 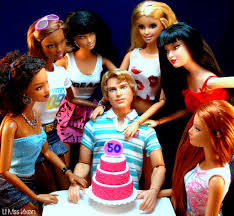 What about our heroine of today, Jessica? She first entered the top 10 in 1976 and remained there until the year 2000. It was the first or second most popular girls name from 1981 until 1997! No wonder everyone probably knows someone named Jessica.

Of course Michael may be the most popular guy’s name ever. It was in 1944 when the name broke into the top 10 and… it’s never left. It occupied the number one spot for an unprecedented 41 years! It’s been so popular that I recall back in the 1980’s you could even buy a black and white generic card which had printed on it “Happy Birthday Mike.” ( I knew this as one of my brothers is named Michael!) It may have run its course, however, since in 2016 it was only the 8th most popular name for boys and may soon exit the top ten.

Now, if you are expecting a baby in the next year and don’t want your child to have the same name as every other Tom, Dick, and, er, Harry, then cross the following names off your list immediately:

These names were the most popular names for babies born in 2016.

For this week’s article I did not plumb the depths of the infallible Wikipedia! But here’s the link to the Social Security Name Index where you can, like me, waste hours of your time ‘research’ what to name your characters.