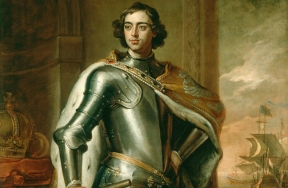 While September 5, 1882, marks the first Labor Day celebration, there was, in fact, a much more momentous occurrence on this date.  It was on September 5, 1698 that Russian Tzar, Peter the Great, decreed a tax be collected on all men who bore a beard.

In 1698 Russia that was, well, pretty much every man who lived there. Peter’s goal was to modernize his country but those pesky peasants – and more than a few merchants, civic leaders and courtiers – believed there was a religious component to the growing and wearing of facial hair.

Not to be deterred, he put the tax in place and then commanded the police to enforce it. From the infallible Wikipedia:

Once the tax was paid the man received a beard token as proof he had complied with the law. The coin bore the Russian double eagle on one side and the lower part of a face featuring nose, mouth, whiskers and beard on the obverse. A variety of tokens were minted during the years the tax was in place. It was not lifted until 1772, seventy-four years after institution! 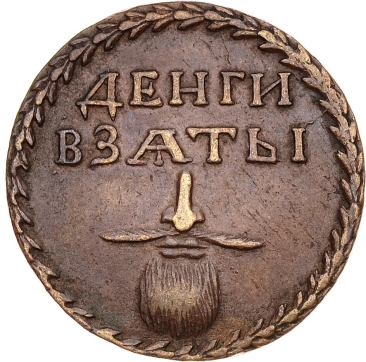 As to Peter the Great’s original goal – to make Russia a more modern nation by the standards of his time – he was largely successful. He established compulsory education, strengthened the military, increased Russia’s land holdings, and European dress and customs were adopted.

For more information on the beard tax and on Peter The Great, click on these links: https://en.wikipedia.org/wiki/Beard_tax