Dear Abby: I’ve been going with this girl for a year. How can I get her to say yes? —Don
Dear Don: What’s the question? 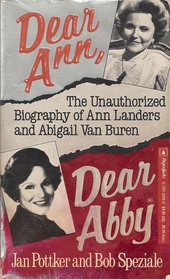 Anyone who grew up in the 1960’s no doubt sees the names Ann Landers and Abigail Van Buren and knows immediately that they were the gold standard in advice columnists. The two, also, were twin sisters born on July 4, 1918 in Sioux City, Iowa.

Their careers can be traced to the three years the pair spent at Morningside College (1936-39) where they co-wrote a gossip column for the college’s newspaper. Both also graduated in 1939 with identical degrees in Journalism and Psychology.

Their gossip column writings ended when both were married in a double ceremony on July 2, 1939. As women in a time when careers were not encouraged, they each settled into married life and the subsequent births of their children (Pauline bore two children, Esther, one).

Then in 1956 everything changed. The Ann Landers advice column had been a feature in the Chicago Sun-Times.  According to the infallible Wikipedia:

“Ruth Crowley, the creator of the Chicago Sun-Times‘ Ask Ann Landers column, died in 1955. During her nine years writing the column, intermittently from 1943, Crowley’s identity had been kept secret. Lederer (Esther) won a contest to take over the column later that year, and took on the identity.”

Not to be outdone, her apparently competitive (and younger by 17 minutes) sister launched her own advice column:

“Pauline’s writing career that led to Dear Abby began in January 1956, when she was 37 and new to the greater San Francisco area. Sometime during this period she phoned the editor of the San Francisco Chronicle and said she could write a better advice column than the one she had been reading in the newspaper. After hearing her modest credentials, editor Stanleigh ‘Auk’ Arnold gave her some letters in need of answers and said to bring back her replies in a week; Phillips got her replies back to the Chronicle in an hour and half. In an interview with Larry King, she said she had no work experience, lacking even a social security number. The editor, however, asked if she were a professional writer. He said her writing was ‘fabulous’, and she was hired that day.” 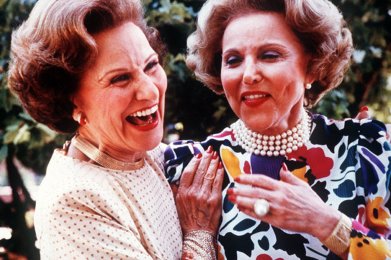 No doubt each could have penned letters seeking advice from Ann Landers and Dear Abby. From 1956 on their relationship with each other was strained. Reconciliation was attempted in 1964 but the competition between them persisted until Esther’s death in June 2002.

Despite the acrimony between them, both served as role models for a generation of women as to ‘how’ to have a family and a career.

For a romance writer their columns – and other’s like them – provide fertile grounds for possible story-lines – and fuel the imagination. So a 4th of July salute to these two remarkable women!

To read more about these amazing sisters: