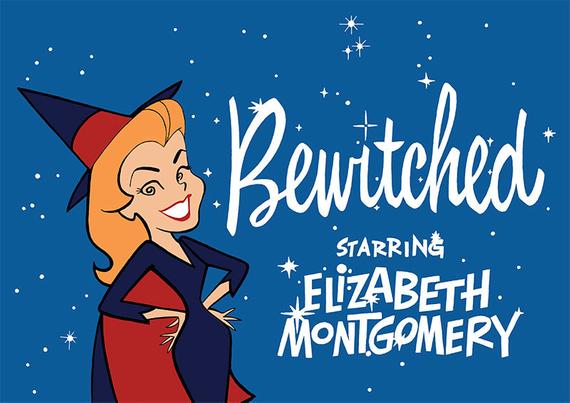 From the moment this TV show premiered, on September 17, 1964, a spell was cast over the American public and everyone fell in love with a beautiful witch named Samantha.

Bewitched was an instant hit, drawing everyone in to its crazy premise:

What if a witch were to fall in love with a mortal and give up her magical world to become a modern day housewife? 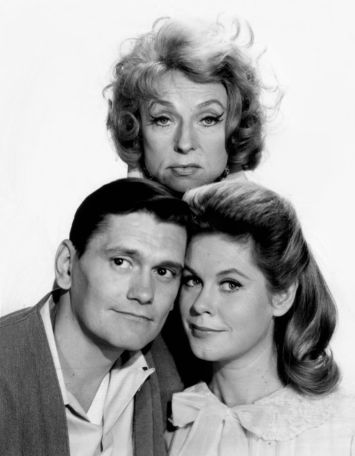 Of course that’s not quite how it worked out. Week after week we were given a glimpse into the life and marriage of Darren and Samantha Stevens who, with interference from her mother Endora and a wide cast of other relatives, seemed to stir up trouble for poor Darren. Add to that mix the nosy neighbor, Gladys Kravitz, and Darren’s demanding boss, Larry Tate, and you had the recipe for a sitcom which aired for the next eight years.

“The witches and their male counterparts, warlocks, are very long-lived; while Samantha appears to be a young woman, many episodes suggest she is actually hundreds of years old. To keep their society secret, witches avoid showing their powers in front of mortals other than Darrin. Nevertheless, the effects of their spells – and Samantha’s attempts to hide their supernatural origin from mortals – drive the plot of most episodes. Witches and warlocks usually use physical gestures along with their incantations. To perform magic, Samantha often twitches her nose to create a spell. Special visual effects are accompanied by music to highlight such an action.”

The combination of great script writers coupled with outstanding casting was, no doubt, key to the series success. Elizabeth Montgomery, as Samantha, is frequently seen using her nose to make the dishes wash themselves, clean up a mess, or handle some mundane chore. Darren was frustrated each week at his wife’s use of magic to handle life.

Personally, as a child, I very badly wanted to live in that world. My bedroom was ALWAYS a disaster of toys, books, and games, with never enough space to store them. If, of course, I was inclined to be tidy, which I was not.

My sister, who is 21 months older, forbade me from stepping foot onto her side of the room during those years. An invisible line was drawn between our matching twin beds and across that boundary I dared not venture. Oh to have Samantha’s nose which I could just twitch and get everything cleaned up in an instant! Then I might have been allowed across the magic threshold. 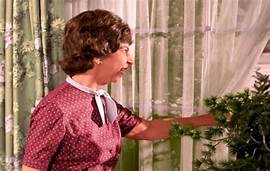 But my favorite character on the show had to have been the ever vigilant neighbor Gladys. The woman epitomized the term busy body and was often seen skulking around the Steven’s house. She would climb into the shrubbery and peer through windows, certain that all sorts of strange things were going on inside. Of course she was right but she never succeeded in convincing her disinterested husband, Abner, or the occasional law enforcement officer she would call, of the shenanigans which took place.

In fact, when I encounter a nosy person, I will refer to them as Gladys. In a loving way, of course, but the name does sum up such a person which members of my generation instantly recognize.

No doubt, when the show went off the air in 1972, it was with a whimper. The original Darren had left in 1969 due to complications from a severe back injury 10 years earlier which made working impossible. The original Gladys died in 1966 as had Samantha’s confused Aunt Clara. These hits to the cast affected the show profoundly. In many ways, in retrospect, it was almost as if a spell had been placed on the show. Elizabeth Montgomery died in 1995 at the age of 64 from colon cancer. Dick York succumbed at age 63 from emphysema. Agnes Moorehead, who played Endora, was stricken with uterine cancer which took her life in 1974 at age 74.

Bewitched lives on in syndication and, subsequently, on DVD and the internet. Although there was a movie made based on the characters, and proposals for a new TV series, no remake will ever be able to replicate and achieve the success of the original. Magic often only happens once.

For more about Bewitched: