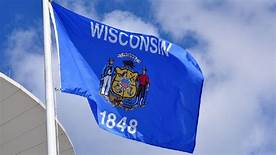 By now I imagine everyone is wondering why the heck I’m writing about Wisconsin. It can be summed up in one word: mosquitoes. 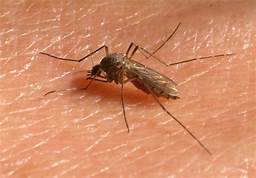 When I think about visiting Wisconsin, mostly I remember a frightening encounter in the fall of 1980 with a squadron of hungry mosquitoes. Before we get to that, however, let’s talk about how many mosquitoes there are in Wisconsin. A quick internet search reveals that 56 different species have been found in the state and mosquito season starts in early May, reaching its peak during the hottest months of the year. Additionally, mosquitoes thrive when there’s water nearby and, like its neighbor Minnesota, there are a bunch of lakes. Over 15,000 according to one source I found which totals up to 11,000 square miles of water in the state!

So you put together water and heat and the mosquitoes are piling in to the moving vans, hurrying to Wisconsin. Now I know that there are those of you from a couple other places who say your mosquitoes are worse. I’ll give that to some of the southern states, especially Florida. And, for sheer volume of mosquitoes, I doubt any state can compete with Alaska, and their famous mosquito clouds. But Wisconsin’s mosquitoes are bad as evidenced by businesses with names such as Mosquito Squad, Mosquito Xscape, and Mosquito Minus. The outbreak is so noticeable that people joke about the mosquito being the state bird…

Which brings us back to September 1980. A week and half earlier, on August 30th, I said “I do” and my newly minted hubby and I ventured across the United States from Washington State via Idaho, Montana, Wyoming, South Dakota, and then to Illinois to visit his sister and her family. After a few days there we headed north to Wisconsin to indulge the new bride in one of her favorite pastimes: geneaology.

It was in 1848, the year of statehood, when the DeVore family arrived in Hebron, Wisconsin, just 52 miles west of Milwaukee and Lake Superior. I knew my great-great grandfather Hartley was there as I had found the family in the 1850 census. But more information was needed, however, as I had come to the conclusion that the DeVore family had been dropped into Wisconsin by space aliens as I could not find where the family had been before.

It was a nice September day but by the time we arrived at the cemetery it was sunset. I don’t recall how we knew where, exactly, the family was buried but I do know we parked on a road and walked past several rows of headstones before we came to the DeVore clan. I was busy taking photos – there were about a half dozen ancestors there – when we heard ‘the’ sound: the unmistakable whine of a million tiny wings beating their way through the air toward us, their target.

We slapped at them, shooed them, and brushed them off. But the assault was relentless. Rather than be lifted up and carried away by an army of flying monkey sized insects, we did the only reasonable thing to do: we ran to the car, diving into our seats, slamming the doors behind us to stop the attack, our genealogy forays finished for the evening.

The next day was spent talking with some locals and getting to see the inside of one of the family ancestral homes and meeting a shirttail relative who gave me a copy of a photo of my great-great grandparents. But we had learned our lesson. When the sun was about to set we were safely inside, away from the penetrating proboscis of the persistent pests.

As for the genealogy, I confirmed – about 10 years ago – that my DeVore’s are not space aliens (well, except for my brother perhaps) but were part of the Yankee group which arrived from Western New York. 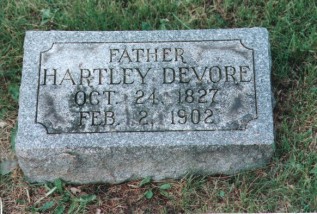 So happy 170th statehood day, Wisconsin! And you can keep your mosquitoes…

For more information about Wisconsin: https://en.wikipedia.org/wiki/Wisconsin

And for the mosquito: https://en.wikipedia.org/wiki/Mosquito

And, finally, if you are interested in tracing your family, I would suggest you go to the world connect project. Unfortunately, it’s currently unavailable online. But I’m happy to talk genealogy. Who knows, we just might be related!