If ever you want to start an argument, be sure to bring up this topic. No, I’m not talking about politics. Or whether Tom Brady really cheated during “Deflategate.” The topic which really gets people animated is whether Pluto is or is not a planet. 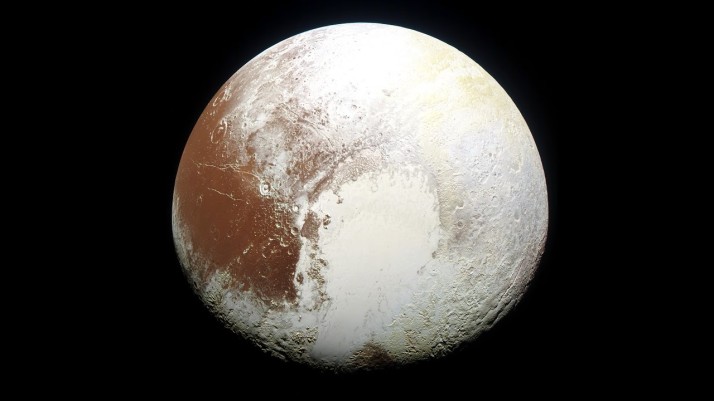 Our NOT ninth planet, Pluto

It was on February 18, 1930, when astronomer Clyde Tombaugh announced the confirmation of a planet just beyond Neptune. The solar system got its ninth and school children everywhere were soon making models of the sun surrounded by Mercury, Venus, Earth, Mars, Jupiter, Saturn, Neptune, and Pluto.

The real story began a number of years earlier. According to the Infallible Wikipedia:

“In 1906, Percival Lowell—a wealthy Bostonian who had founded Lowell Observatory in Flagstaff, Arizona, in 1894—started an extensive project in search of a possible ninth planet, which he termed ‘Planet X‘. By 1909, Lowell and William H. Pickering had suggested several possible celestial coordinates for such a planet. Lowell and his observatory conducted his search until his death in 1916, but to no avail. Unknown to Lowell, his surveys had captured two faint images of Pluto on March 19 and April 7, 1915, but they were not recognized for what they were. (snip)

Tombaugh’s task was to systematically image the night sky in pairs of photographs, then examine each pair and determine whether any objects had shifted position. Using a blink comparator, he rapidly shifted back and forth between views of each of the plates to create the illusion of movement of any objects that had changed position or appearance between photographs. On February 18, 1930, after nearly a year of searching, Tombaugh discovered a possible moving object on photographic plates taken on January 23 and 29. A lesser-quality photograph taken on January 21 helped confirm the movement. After the observatory obtained further confirmatory photographs, news of the discovery was telegraphed to the Harvard College Observatory on March 13, 1930. Pluto has yet to complete a full orbit of the Sun since its discovery, as one Plutonian year is 247.68 years long.”

For the putative ninth planet, however, controversy was ever present. Despite the initial excitement at the evidence of its existence, the questions soon arose: was it truly a planet, or was it a Neptunium moon gone astray?

For years scientists sought out photographic evidence of the planet, made possible as telescopes were improved.  Then in August 2006, the International Astronomical Union (IAU) decided to officially define what makes a planet in our solar system a planet. Their three criteria are: 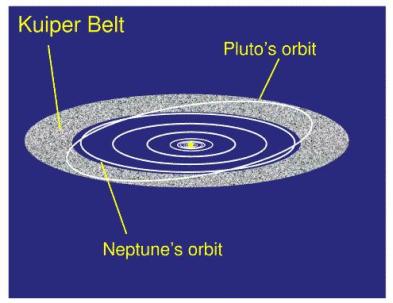 It is the third criteria which caused Pluto a problem. The object exists as part of the Kuiper Belt, an astronomical conglomeration of ice fragments which – like planets – is in orbit around the sun. It is here where Pluto exists.

Over the years, scientists have identified other planet like objects which, like Pluto, circle the sun from within the Kuiper Belt. Along with Pluto are other large spheres. Were these also planets?

The answer came back ‘no.’ Also from the Infallible Wikipedia:

“The IAU further decided that bodies that, like Pluto, meet criteria 1 and 2, but do not meet criterion 3 would be called dwarf planets. In September 2006, the IAU included Pluto, and Eris and its moon Dysnomia, in their Minor Planet Catalogue, giving them the official minor planet designations “(134340) Pluto’, ‘(136199) Eris’, and ‘(136199) Eris I Dysnomia’. Had Pluto been included upon its discovery in 1930, it would have likely been designated 1164, following 1163 Saga, which was discovered a month earlier.

There has been some resistance within the astronomical community toward the reclassification. Alan Stern, principal investigator with NASA’s New Horizons mission to Pluto, derided the IAU resolution, stating that ‘the definition stinks, for technical reasons’. Stern contended that, by the terms of the new definition, Earth, Mars, Jupiter, and Neptune, all of which share their orbits with asteroids, would be excluded. He argued that all big spherical moons, including the Moon, should likewise be considered planets. He also stated that because less than five percent of astronomers voted for it, the decision was not representative of the entire astronomical community. Marc W. Buie, then at the Lowell Observatory petitioned against the definition. Others have supported the IAU. Mike Brown, the astronomer who discovered Eris, said ‘through this whole crazy circus-like procedure, somehow the right answer was stumbled on. It’s been a long time coming. Science is self-correcting eventually, even when strong emotions are involved.”

And so it remains. Pluto is no longer considered the ninth planet in our solar system. But don’t tell that to Pluto lovers.

Of course, anyone who grew up in the 1930’s through to the early 2000’s, may be hard to convince. In the last blissful year of Pluto being a planet, my daughter was in 7th grade. Like the generations before her she was to build a model of the solar system using some unique material to do so. Currently between rounds of braces she opted for the one thing she loved more than anything: chewing gum.

In her mind, I’m positive, what better way to fulfill her chewing gum habit AND have Mom and Dad pay for it than to build a solar model out of gum? Over a number of weeks she chewed gum and saved it. Then chewed more and saved it. Soon massive amounts of gum began to be shaped into sun and planets. A plywood board was acquired, painted black, and marker lines put down showing the planets and their orbit. The Sun, Mercury, Venus, Earth and Mars proved simple. Planet by planet the gum was shaped into tiny little spheres and glued to the board.

When it dawned on her the amount of gum it would take to complete the model it was back to the store for more gum. She chewed until her jaw hurt to create Jupiter, Saturn, and Neptune. By the end of the project I believe she would have been relieved had Pluto NOT been a planet.

At last the day arrived and I helped her carry the massive solar masterpiece to class. I can still see the look on her teacher’s face when she realized it was created from chewed gum and declared it the most unique material she (the teacher) had ever seen for a solar system project.

My daughter’s sore jaw and unique gambit paid off as she was awarded an “A”. And although she continued to like gum occasionally, her obsession ended with the creation of her solar system model. 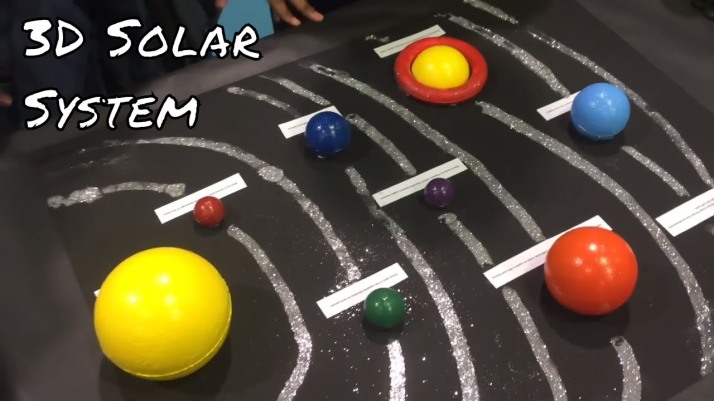 This is NOT my daughter’s solar system project. Try to imagine this made out of gross globs of chewed gum and you would have it… Alas, no photographic evidence exists as we lost all a couple years of photos in a computer hard drive crash in 2006

So be sure to share Pluto’s story and ask the question: Is Pluto our ninth planet? You’re sure to have a lively debate.

A couple of links:

3 thoughts on “The Great Planet Debate”